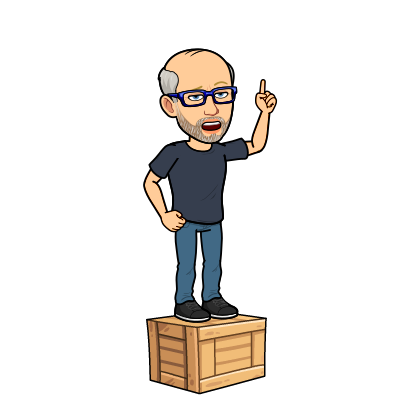 For the actual solution, skip to the last paragraph, because first I was on a goose chase here.

On my fifth generation NUC (NUC5i3RYH) from 2015 the CMOS battery went dead. The BIOS complained that time is not set and such.
So I went to look for a replacement battery. After some Googling I found out that such a small mainbord in a NUC is too small to ‘coin in’ a replacement CR2032 battery like in a ‘normal size’ motherboard. A CMOS battery in a NUC is connected with a molex connector with wires to a CR2032 battery, soldered to plus and minus poles and wrapped in plactic.

So I found this battery at Conrad (a Dutch affiliate of the German online store for tech stuff): article number: 1307681, description “Bios-batterij CR 2032 mt stekker” as a seemingly appropriate replacement. Ordered it, got it by mail, opened the NUC and replaced the battery. But to my dissapointment, after booting the NUC I got checksum errors in the BIOS and the time still could not be set and held.

After some digging for the cause I found out (for another battery with molex connector, see https://www.amazon.nl/Eunicell-CMOS-batterij-stekker-2-polig/product-reviews/B00HJ5CH78, comments are in German) that many people complain that it doesn’t work because the wires are in the ‘wrong order’ connected to the pins in the connector.

So what to do? I disconnected the battery, cut the wires (a red and a black), stripped the insulating plastic from the core wires and connected the red with the black by twisting the core wires and putting some tape (I used some masking tape) around the twisted core wires for insulation. After reconnecting the connector to the mainbord and booting up, all problems with the CMOS battery are solved. Time and date can be set and are held and no more checksum errors.

Now why is this there confusion about these kind of batteries with connector? You can find more info on https://www.intel.com/content/www/us/en/support/articles/000006787/intel-nuc.html. There you can also find the type of molex connector: Molex 51021-0200. But the problem is there is an A type and a B type with wires connected differently in the molex connector, and most suppliers do not mention the type. And Intel does not say anything about what type is needed. And some suppliers don’t even mention the kind of molex connector. All this adding to the confusion, for me and you ending up with a seemingly ‘faulty’ battery with molex connector. Luckily it can be ‘repaired’.

Hope this helps someone, cheers!

After some time I noticed there was still trouble, still checksum errors and time and date set is not retained. It wasn’t the wrong ordering of wires after all! Maybe some people get those faulty stuff, but I got a good one (in hind sight), but there was something else wrong here with my bought molex/battery.

As you can see the original molex on the left is a bit broader and has less height as the bought molex. My take is that the bought molex + battery doesn’t connect the right way to the motherboard connector socket, hence the errors messages as if there is no battery connected.

So I solved this by opening the plastic around the battery from both. Remember (or take photo) which color wire is connected to which pole on the battery! Then you see two metal pieces for each pole soldered or welded to the battery. I cut these metal peaces up to the soldering/welding of the original molex/battery. For the bought molex/battery I cut the wires near the metal pieces, and threw away the wires with molex (so to speak). After that I wrapped the metal pieces of the original molex wire (watch you use the right pole, check your photo) to the metal pieces still present on the bought battery. Put the wrapping back and put some tape around it. Connected it on the motherboard and now it works… finally. Sorry for the goose chase!

Some additions to this story. The original connector is a molex, but the connector I bought is not molex but a jst connector. See: https://www.xump.com/science/wired-cr2032-battery-cmos.cfm for the difference. Better but this stuf at xump next time I guess…, but do check the wire order in the connector, it’s different than in the above picture! The above picture is the molex 51021-0200-A, below picture is the B variant! If your search on xump for the A variant, you find no products…

A picture if this page isn’t available anymore: